SHIZUOKA – A man working for the Shizuoka Tax Office was caught red-handed for voyeuristically photographing a man in the changing room of a bathing facility in Shizuoka City, Shizuoka Prefecture. 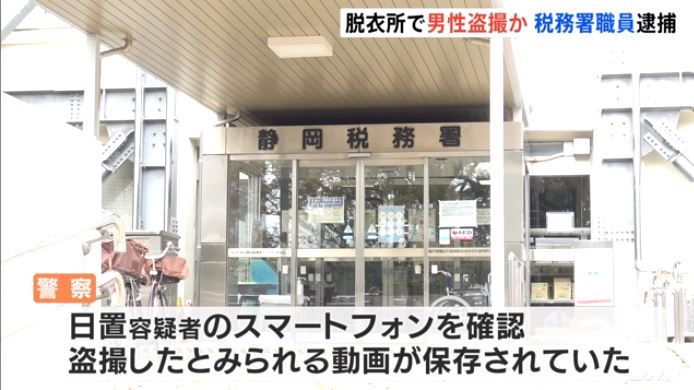 The suspect, Hioki, 27, a national public servant and employee of the Shizuoka Tax Office, was caught red-handed on suspicion of violating the prefectural nuisance ordinance.

According to the police, at around 1:00 a.m. today, Hioki allegedly pointed his smartphone at a 21-year-old man who was changing clothes in the changing room of a bathhouse in Suruga-ku, Shizuoka City, and took a spy photo of him.

The male victim noticed the voyeurism and reported it to the police, who checked the suspect’s smartphone and found a video of the alleged voyeurism saved on it.

The Nagoya Regional Taxation Bureau, which has jurisdiction over the Shizuoka Tax Office, stated, “We are currently confirming the facts and will refrain from comment.