The number of new cases of coronavirus infection was announced at 47,345 new cases nationwide yesterday. This is an increase of 3,980 compared to last Sunday. 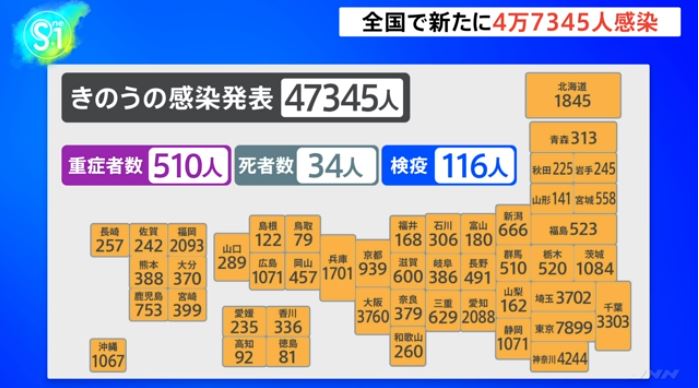 The Tokyo Metropolitan Government announced 7,899 new cases of infection yesterday, 55 more than last Sunday. The average number of cases for the last seven days has increased by 20% compared to one week ago.

Tokyo has the highest number of cases, followed by Kanagawa, Osaka, Saitama, and Chiba. In addition, 510 of the infected hospitalized nationwide are seriously ill, and 34 new deaths have been announced.