FUKUOKA – A 6-year-old girl was found dead in a river in Yukuhashi, Fukuoka Prefecture. The girl had been missing since April 11. 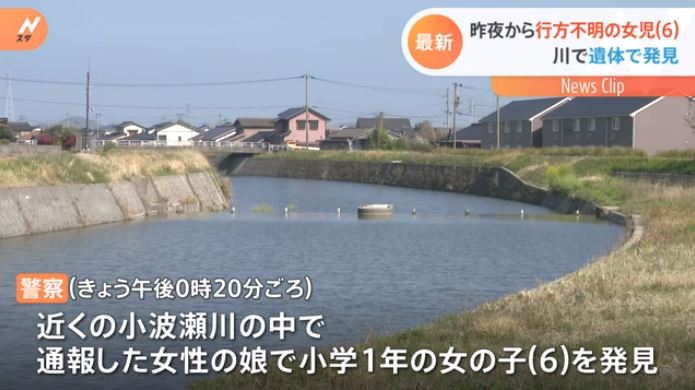 Just before 9 p.m. on April 11, a mother living nearby called the police to report that her daughter had disappeared from her home before she knew it.

As the police continued their search, they found the girl in the Obase River in Kusano, Yukuhashi-shi, overnight this afternoon. She was confirmed dead on the spot. According to the police, there were no noticeable external injuries to the body, and her clothes were undisturbed.

The girl’s mother confirmed that she was home around 11:00 a.m. on April 11, but when she returned home around 8:00 p.m., she was gone from the house. The cause of her death was that she drowned in the water.