CHIBA – A 63-year-old reporter for Sankei Shimbun was arrested by police for driving a car while intoxicated during working hours. 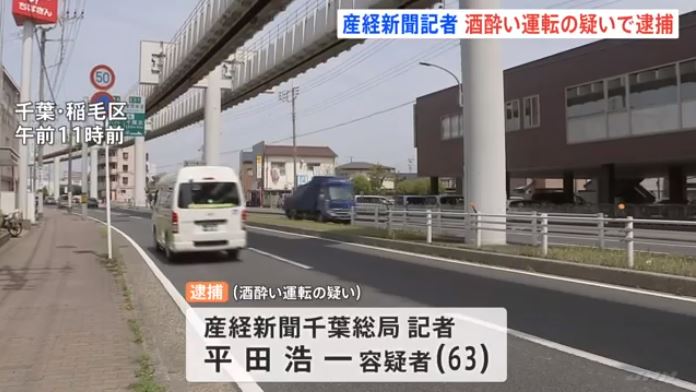 Arrested on suspicion of driving under the influence of alcohol was Koichi Hirata, 63, a reporter for the Sankei Shimbun’s Chiba General Bureau.

According to the police, Hirata caused a collision with a minicar on a national road in Inage-ku, Chiba City around 0:30 p.m. yesterday, and when a police officer responding to a report smelled the odor of alcohol, he examined the suspect’s breath and found that it contained alcohol exceeding the legal limit.

Hirata was on duty at the time, and the Sankei Shimbun’s public relations department stated, “We will confirm the facts and take strict action.