20,779 new coronavirus infections announced nationwide, with some prefectures showing an increase from the same day the week before

Regarding the new coronavirus, 20,779 new infections have been confirmed nationwide so far on the 5th. 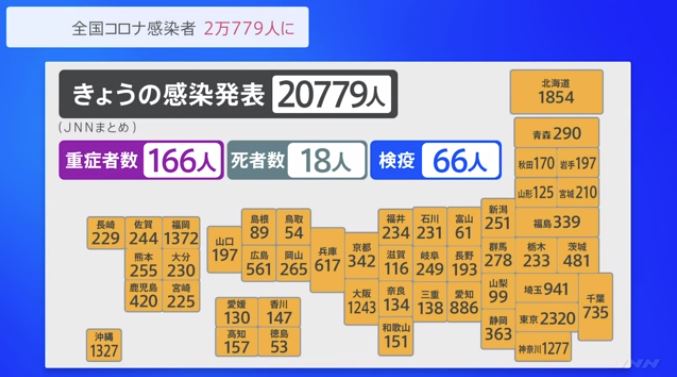 20,779 new coronavirus infections announced nationwide, with some prefectures showing an increase from the same day the week before (JNN)

The Tokyo Metropolitan Government announced 2,320 new cases of infection on May 5. The number of new infections announced continues to decline, but because it is during the Golden Week holidays, the number of tests is also decreasing significantly.

The average number of inspections per day over the last three days was 5435, about one-third of the number before Golden Week.

In Yamaguchi and Fukui prefectures, the number of announced cases of infection increased compared to the same day last week.

Of the infected hospitalized nationwide, 166 are reported to be “seriously ill” and 18 new deaths have been reported.