A man in cardiopulmonary arrest was carried to a hospital in Shibuya Ward in a minicar and died. The man who carried him away left and is now missing.

TOKYO – On the 18th, a man with scars on his face and chest from a beating was brought to a hospital in Shibuya-ku, Tokyo, where he later died. Another man who brought the dead man to the hospital ran away and went missing. The Tokyo Metropolitan Police Department is investigating the possibility of a case. 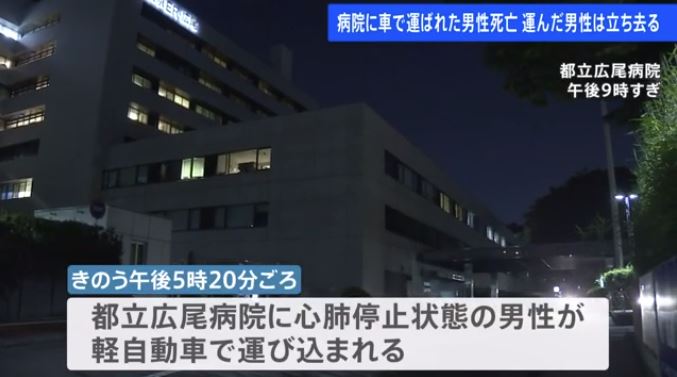 According to the Metropolitan Police Department, a man in cardiopulmonary arrest was brought to Hiroo Hospital in Shibuya Ward, Tokyo, in a light passenger car at around 5:20 p.m. on May 18.

The man was in his 30s to 40s, had no shoes on his right foot while his upper body was naked, and had multiple marks on his face and chest where he had been punched. The man was pronounced dead approximately 1.5 hours later.

Another man who brought the deceased man to the hospital was initially present for treatment, but left midway through, prompting the doctor to call 110.

The police are working to confirm the identity of the man and are searching for his whereabouts and investigating the details of what happened to him, as they believe it may have been an incident.