More than 16,000 infections of the new coronavirus were announced today nationwide.

The Tokyo Metropolitan Government announced today that 2,015 new cases have been reported. This is an increase of 80 cases from last Wednesday and the first time since May 13 that the same day of the week was higher than the previous week for almost a month. 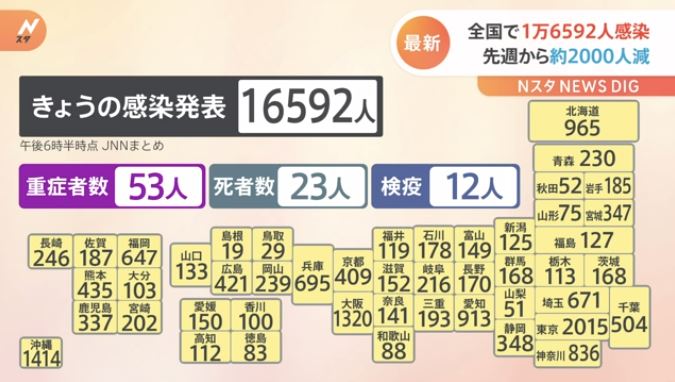 More than 16,000 infections of the new coronavirus were announced today nationwide. (N Star)

Of those currently hospitalized, one person is considered “seriously ill” by the TMG’s criteria, and three new deaths have been announced.

In terms of announced cases by prefecture, Okinawa and Osaka have the second highest number of cases after Tokyo, with 1,414 and 1,320 cases, respectively. Nationwide, 16,592 infections were announced, down nearly 2,000 from last week.

Of the infected people hospitalized nationwide, 53 are considered “seriously ill” and 23 new deaths have been announced.