Mother, died while trying to save her child who fell into a canal in Ishikawa

ISHIKAWA – An elementary school boy fell into a canal in Hakusan City, Ishikawa Prefecture, and his mother was swept away while trying to save him. 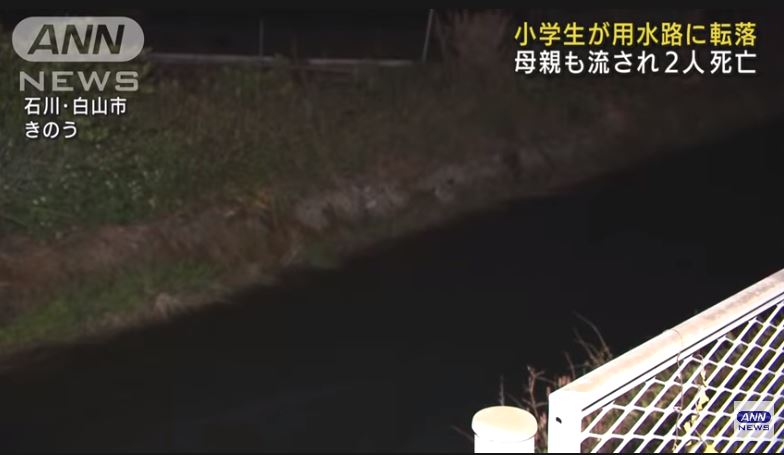 Mother, died while trying to save her child who fell into a canal in Ishikawa (ANN News)

According to the police, an elementary school teenage boy fell into an irrigation canal in Hakusan City at around 5:30 p.m. on the 18th. His mother who was nearby jumped in to help, but she was also swept away.

The two were rescued by firefighters approximately 1.5 km downstream, but both were transported to the hospital in cardiopulmonary arrest and pronounced dead.

The canal is about 3 meters wide and 1 meter deep, and it is believed that the boy was playing by climbing a fence on the side of the road when he lost his balance and fell into the canal.