SHIGA – On the afternoon of July 19, an elderly woman was found dead on an underground walkway flooded by heavy rain in Omihachiman City, Shiga Prefecture. Police are investigating the possibility that the woman may have drowned. 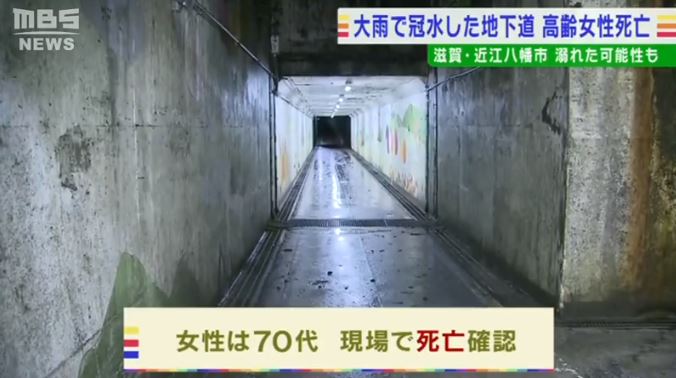 At around 3:30 p.m. on the 19th, a passerby reported to the police and fire department that a person was floating face down on the underground walkway near JR Azuchi Station in Omihachiman City, Shiga Prefecture.

According to the police, the woman was in her 70s and was pronounced dead at the scene.

The maximum height of the underground walkway is 2.9 meters, but at the time the woman was found, the water level had risen to about 2 meters and was nearly flooded.

The police are investigating the details of the situation, believing that the woman may have drowned in the underground walkway.