211,058 people were infected nationwide, with a record number of cases in 13 prefectures, including Aichi and Shizuoka.

On the 2nd of August, 211,058 cases of the new coronavirus were announced nationwide, a record number in 13 prefectures. 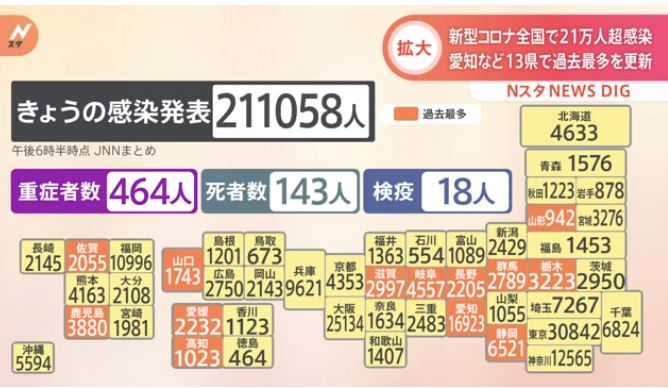 211,058 people were infected nationwide, with a record number of cases in 13 prefectures, including Aichi and Shizuoka. (N Star)

The Tokyo Metropolitan Government announced 30,842 new cases of infections on August 2. This is a decrease of 751 cases from last Tuesday and the second consecutive day below the same day of the previous week. By age group, those in their 40s accounted for the largest number of cases at 5406, with those in their teens through 40s accounting for more than 70% of the total.