A record number of new cases of new corona infection were announced in 28 prefectures yesterday. The total number of people nationwide exceeded 40,000 for the first time. 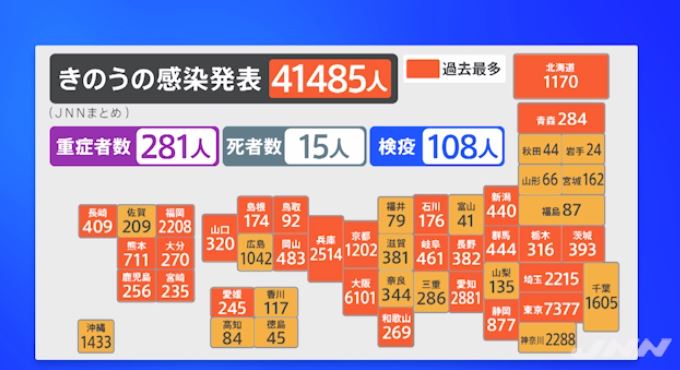 The Tokyo Metropolitan Government announced yesterday that 7377 people have been infected, nearly 1,500 more than the previous record of 5,908 on August 13, 2021. The hospital bed utilization rate increased by 2.5 percentage points from the day before yesterday to 25.9%.

The number of infected people hospitalized in Japan who are seriously ill is 281. Fifteen new deaths have been announced.