KANAGAWA – Early this morning, a tour bus and a four-ton truck collided at the Daikoku Pier in Yokohama City. There were no passengers on the bus at the time of the accident, but the driver’s seat was badly damaged and the driver was injured when his right leg was clipped. 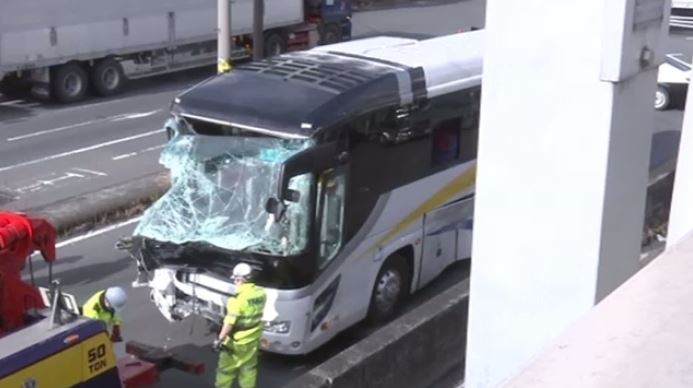 Just before 6:30 a.m. today, a tourist bus attempting to turn right at an intersection without traffic lights collided with a four-ton truck traveling straight ahead from the right at Daikoku Pier in Tsurumi Ward, Yokohama City.

At the time of the accident, the bus was in transit and there were no passengers on board, but the driver’s seat was badly damaged and the driver was slightly injured when his right leg was clipped. The truck was transporting frozen foods and was on its way to load the cargo.

The police are investigating the situation at the time by checking drive recorders and other equipment at the intersection of a one-lane road and a two-lane straight road.