More than 60,000 people infected with corona nationwide, the most ever on a Monday.

Nearly 70,000 new cases of new coronas were announced nationwide on the 7th, the most ever for a Monday. 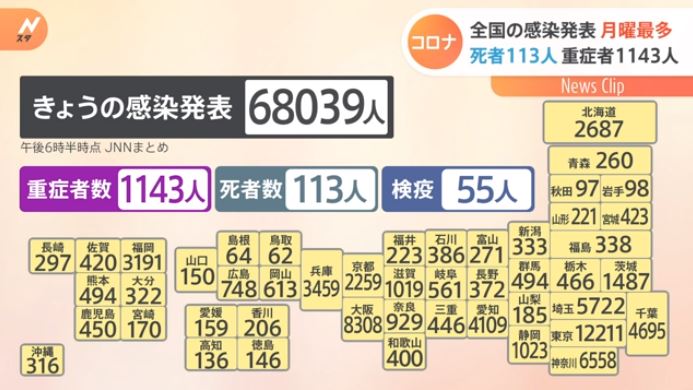 More than 60,000 people infected with corona nationwide, the most ever on a Monday. (JNN)

The number of newly infected people announced by the Tokyo Metropolitan Government on Monday was 12,211, the highest number ever for a Monday. The average number of new infections over the past seven days is about 1.2 times that of a week ago.

The number of infected people hospitalized nationwide who are considered seriously ill has continued to increase to over 1,100. As for the death toll, 113 new cases have been announced.