61,140 people infected with corona nationwide, more than 100 deaths for the eighth consecutive day.

On the 14th, 61,140 new cases of the new coronavirus were announced nationwide. The number of deaths exceeded 100 for the eighth consecutive day. 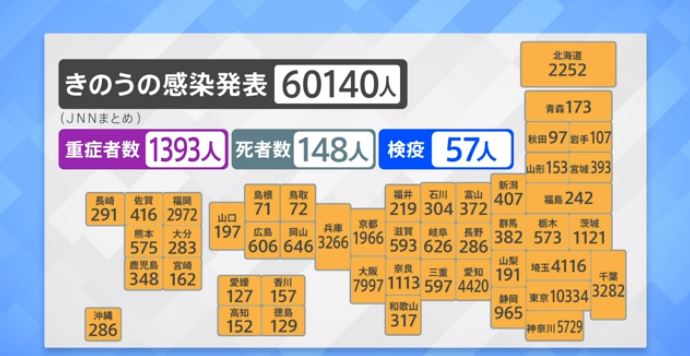 The Tokyo Metropolitan Government announced that 10,334 people were newly infected with the disease on the 14th. This is a decrease of about 1,900 from last Monday, and the sixth consecutive day below the same day of the previous week.

Nationwide, 61,140 new infections were announced on the 14th. The number of newly infected people is decreasing, but the number of seriously ill people has increased by 27 from the previous day to 1,393. The number of deaths is 148, which is more than 100 for the eighth consecutive day.