TOKYO – Just before noon yesterday, February 15, the body of a man with what appeared to be a stab wound was found in Tamagawa Aqueduct in Setagaya Ward, Tokyo. The Tokyo Metropolitan Police Department is investigating the case as both an incident and a suicide. 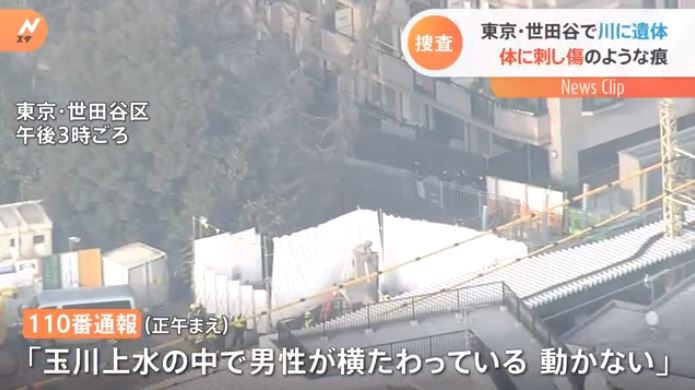 The person who found the body called 110 and said, “He’s not moving. Police officers rushed to the scene and found the man lying on his side in the river with his clothes on, and he was confirmed dead on the spot.

The site is located in a residential area not far from Daitabashi Station on the Keio Line.