More than 51,000 new cases of the new coronavirus have been announced nationwide yesterday. The total number of people infected so far has exceeded 5 million. 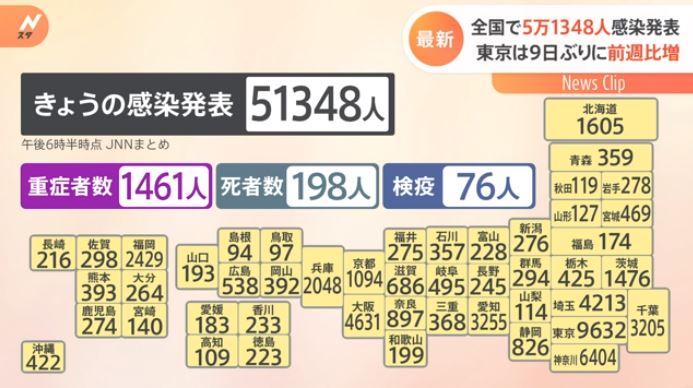 The number of critically ill people hospitalized nationwide was 1,461, down 21 from the day before yesterday, and the newly announced death toll was 198.