TOKYO – Yesterday afternoon, two people were injured when a passenger car rammed into a convenience store in the shopping district in front of Tokyo’s Ota Ward. 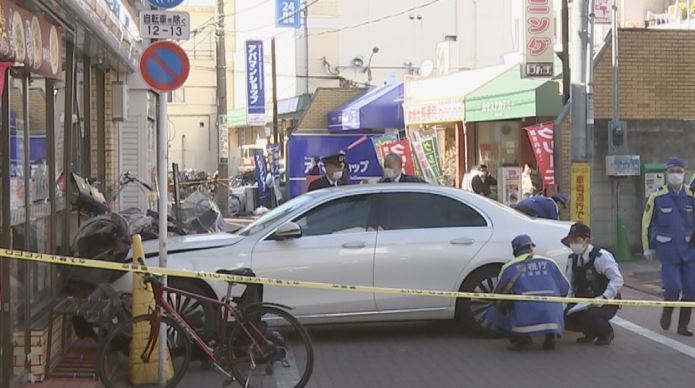 At 1:30 p.m. yesterday, a car rammed into a 7-Eleven in a shopping district in Shimomaruko, Ota Ward, Tokyo. According to the Metropolitan Police Department, a woman in her seventies who was walking on the scene was caught in the accident and was injured, bleeding from the head, but is conscious.

The driver of the car, a man in his seventies, was also slightly injured, and the Metropolitan Police Department is asking about the circumstances of the accident.

The scene is a corner of a shopping street in front of Shimomaruko Station on the Tokyu Tamagawa Line.