A 17-year-old male student fell from a bridge and is in critical condition.

SHIZUOKA – On the evening of March 5, a 17-year-old male student fell from a bridge on a national highway in Kannami, Shizuoka Prefecture, while walking. The student was rescued but is in a critical condition, unconscious. It is believed that he may have been knocked down by a gust of wind. 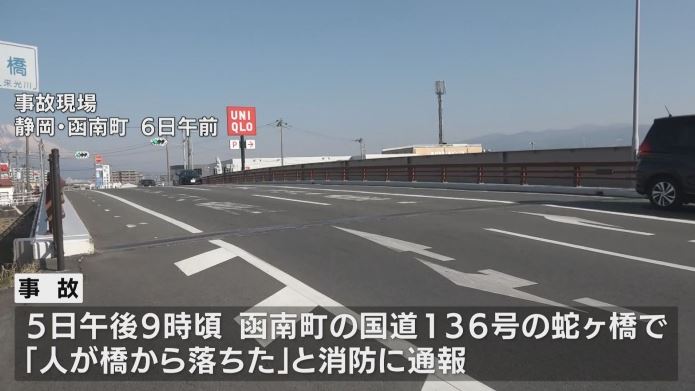 At around 9:00 p.m. on March 5, a firefighter reported to the fire department that a person had fallen from a bridge on the Hegabashi Bridge over Route 136 in Kannami Town, Shizuoka Prefecture.

According to the police, the person who fell was a 17-year-old male student from the town of Kannami, who was walking across the bridge with his friends when he fell from a height of about 10 meters.

The male student was later rescued but remains unconscious and in critical condition.

According to the police, the male student may have picked up a hat blown off by the wind on the bridge, and immediately after that, a gust of wind blew it off and he fell from the bridge.