Two junior high school girls, one critically injured, run over by a car; driver, a woman in her 50s, arrested.

TOKYO – Two women, one of them a junior high school student, were run over by a car on a street in Kodaira City, Tokyo, yesterday. 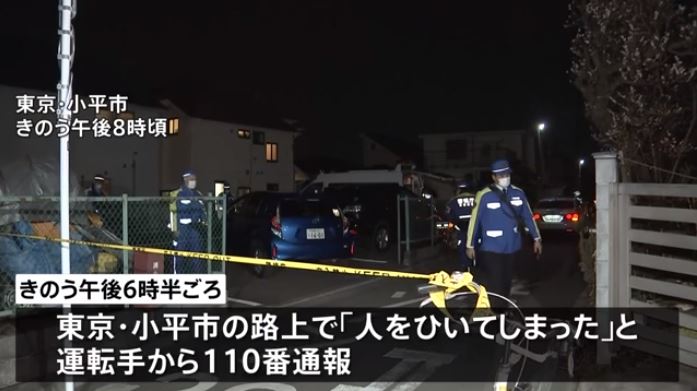 Two junior high school girls, one critically injured, run over by a car; driver, a woman in her 50s, arrested. (TBS News)

Around 6:30 p.m. yesterday, a driver called 110 to report that she had run someone over on a street in Suzuki-machi, Kodaira City.

According to the Metropolitan Police Department, when the passenger car turned left to enter the parking lot, two women, believed to be junior high school students, were involved. One of the two women is unconscious and the other was taken to the hospital with minor injuries.

The Metropolitan Police Department arrested a woman in her 50s driving a passenger car on suspicion of negligent driving.

The police are investigating the circumstances of the accident in detail.