More than 52,000 new cases of the new coronavirus have been reported nationwide yesterday. 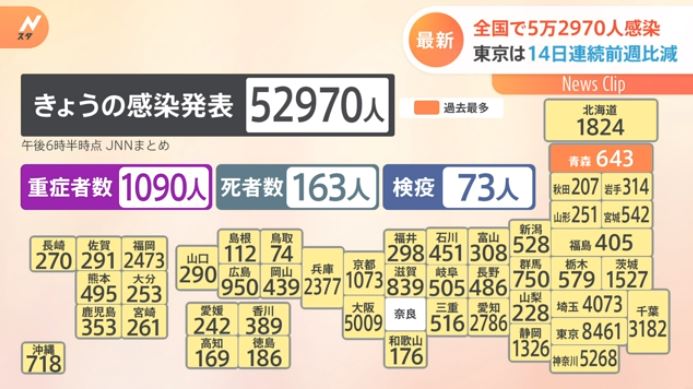 The Tokyo Metropolitan Government announced yesterday that 8,461 new cases have been reported. This is a decrease of 1,619 cases from last Thursday and the 14th consecutive day below the same day of the previous week. The average number of new cases over the last seven days was 8159, 86.8% of last week’s total.

After Tokyo, Kanagawa had the second highest number of announced infections, with 5,268. Aomori reported a record 643 cases.