How do I read Japanese Payslips? What taxes am I paying for?

In Japan, Taxes are automatically deducted on the payslip (kyuuryoumeisai 給料明細). There is Social Insurance, Pension, Health Insurance, and other taxes that we keep on wondering why or what are we paying for.

It is good to know what you are paying for as an individual here in Japan as there are payments that can be difficult to understand at first. Where do our taxes go and what could be the benefits of the taxes that I am paying. Let us check one by one and see what is in a Japanese payslip. 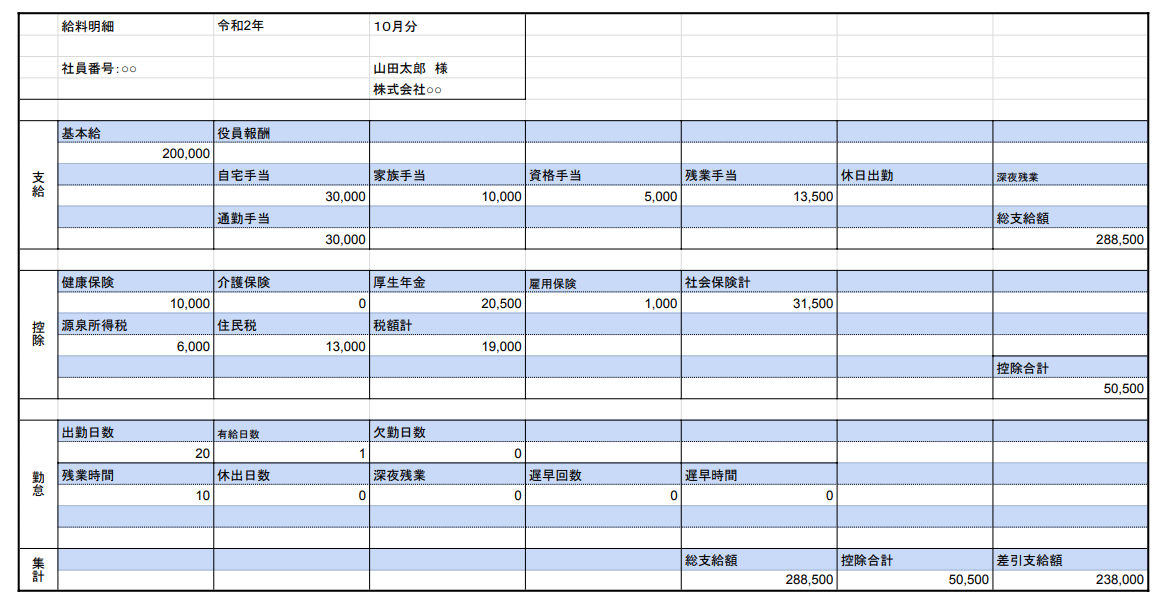 an example of a Japanese Payslip 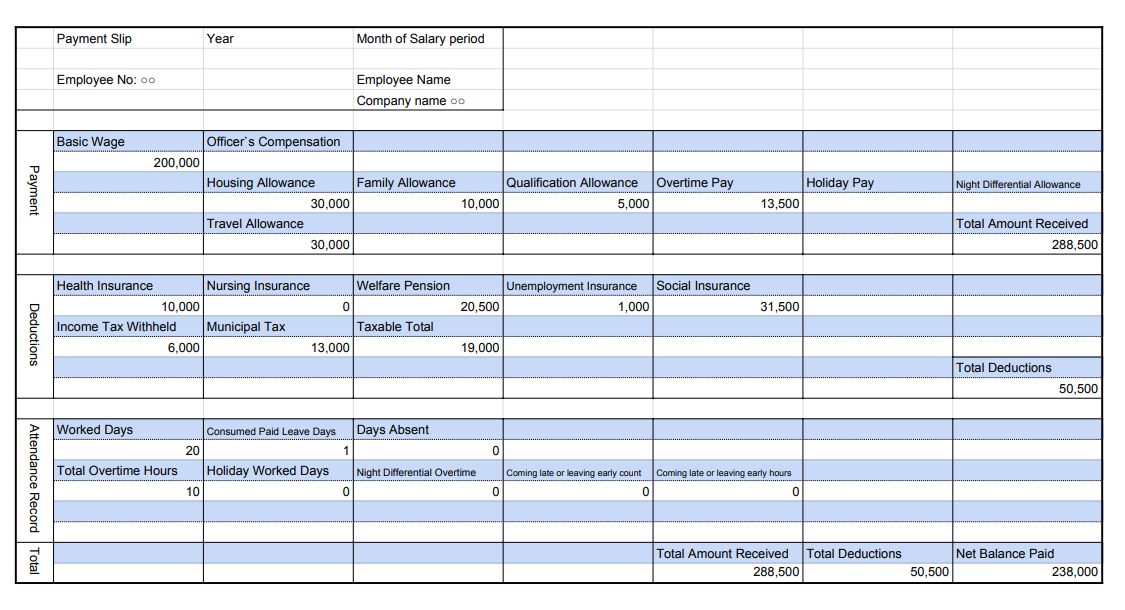 an example of a payslip translated in English.

The Net balance paid is the section that you need to pay attention because it is the total amount of money that you received in that month. Let us go and talk about each section on the payslip.

Basic Wage (Kihonkyuu)
The basic salary that an individual can receive every month. It does not include other allowances like Housing allowance as it has a separate field.

Officer`s Compensation allowance (Executive allowance) (Yakuinhoushuu)
An allowance that is given to a person who has moved to a higher position. This can differ based on the position that has changed.

This is given if the company has made a deal to pay the housing allowance of the employee. There are cases that the company pays for the housing rent only. It differs based on the deal.

This allowance is given if the place of work of an individual is far from the workplace. Travel allowances during business trips are also included here. This depends on what has been decided during the interview.

This shows the accumulated Overtime Pay that the employee did at work.

Night Differential doesn’t differ from other countries. Here in Japan, there is a law that working from 10PM – 5AM, your basic salary will increase by 25%. That would mean, if you have a basic salary of 1000JPY per hour, then it will be 1250JPY starting 10PM.

The Deduction Section shows the tax that an individual paid for the month. This shows the Health Insurance, Pension, etc. separately so you can better understand how much has been deducted.

The Japanese pension system is composed of National Insurance (Kokumin Nenkin) and Employee’s Insurance (Kosei Nenkin). Ages 20 up to 60 years old including foreign nationals are required to enroll in the plan.

Individuals who have worked in Japan for at least six months and paid unemployment insurance are eligible to apply for the unemployment benefits (Koyou Hoken). It is managed by Hello Work, which supports not only Japanese nationals, but also foreign nationals in their job loss and job hunting.

An accumulated tax of an individual in a year. The rate differs per annual income. So for example, if you enter a company at around half of a year, there may be year-end tax adjustments or final tax returns because the company needs to readjust the tax you are paying.

Also called Residence Tax, tax that is being paid to the Prefecture or the municipal of an individual. This is based on the annual income of the previous year.

There are some additional payments that you might see in your payslip. This includes Service fee, if the company has provided a shuttle service to send and pick you up from work. Some are clothing expenses, etc.

Remember that there are tax exemptions if you declare that you have dependents. Your monthly tax may decrease depending on the declared dependents.

The Attendance Record section shows how many days have employees attended work. This also whos how many over-time, how many absences they did. It also shows how many times and how many hours the employee left work early, or came late.

The total number of consumed paid leaves of an employee. Available paid leaves depends on the company rules.

The total number of days absent from work.

Shows how many times and hours an individual came to work late or left work early.

Always remember that the Net Balance Paid section is the total amount of salary that has been deposited in your bank account.