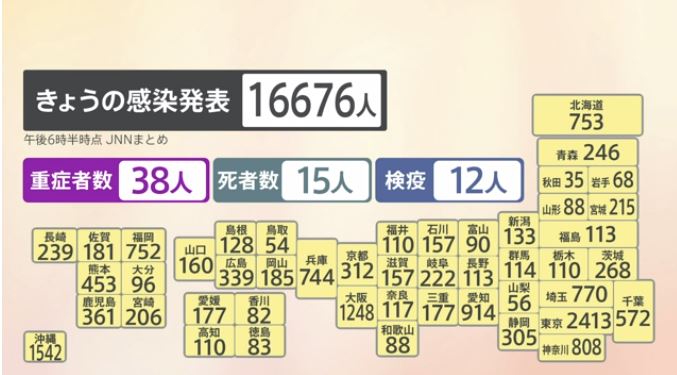 The Tokyo Metropolitan Government announced 2,413 new cases of infection, up 594 from last Thursday, the sixth consecutive day that the number was higher than the same day of the previous week.

The number of infected people by prefecture is shown below. Twenty-six prefectures, including Aomori, Osaka, and Okinawa, have more cases than on the same day a week ago, and the number of areas with increasing trends is increasing nationwide.

Of the infected hospitalized nationwide, 38 are considered “seriously ill” and 15 new deaths have been announced.