On the 26th, 263 new cases of the new coronavirus were announced nationwide. 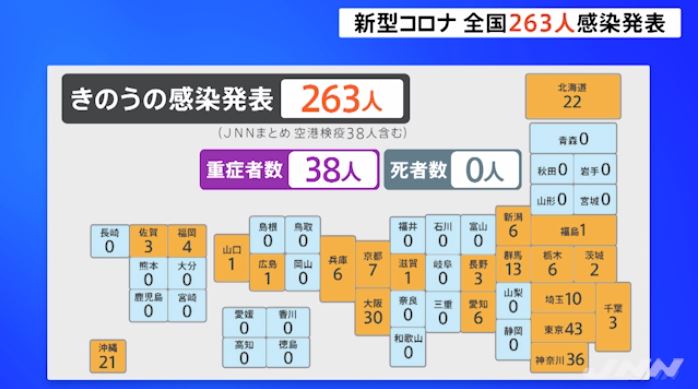 The Tokyo metropolitan government announced that 43 people have been newly infected, an increase of 10 from the previous Sunday. The average number of people infected in the last seven days was 35.1, 143.9% of the previous week.

The number of “critically ill” infected people hospitalized nationwide increased by one from the previous day to 38, and there were no new deaths reported.