A record number of 94,930 people have been infected with the new coronavirus nationwide, the highest number ever reported. 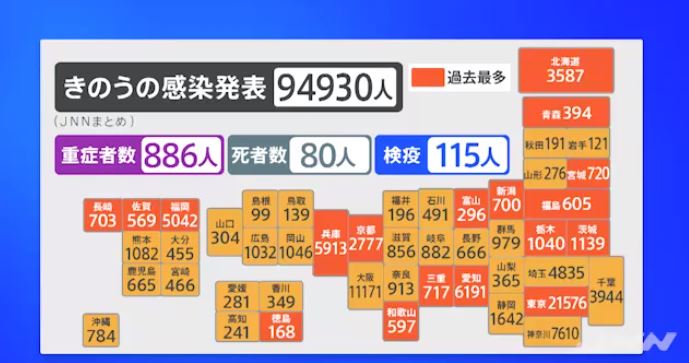 The number of newly announced infections in Tokyo was 21,576, surpassing the number on the 28th of last month and the highest number ever. This is the first time that the number of people infected in one day has exceeded 20,000.

Of the infected people hospitalized nationwide, 886 are considered seriously ill, and 80 new deaths have been announced.