TOKYO – A teacher at a metropolitan high school has been arrested by the Tokyo Metropolitan Police Department for filming a lewd act with a high school girl he met on a dating app. 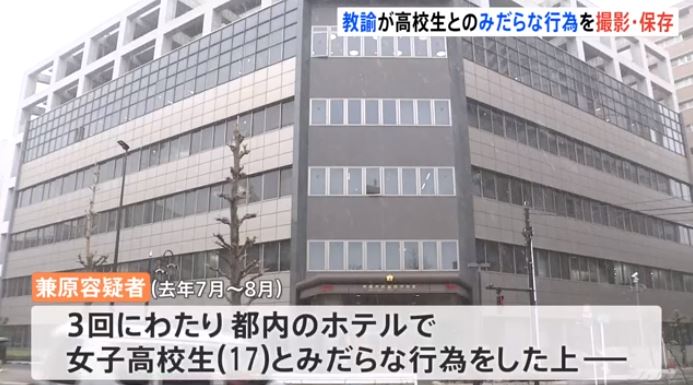 Makoto Kanehara, 29, a teacher at a metropolitan high school, has been arrested on suspicion of violating the Child Pornography Prohibition Law.

Kanehara is suspected of having engaged in lewd and lascivious acts with a 17-year-old high school girl at a hotel in Tokyo on three occasions between July and August of last year, and of having filmed and saved the acts with his smartphone.

According to the Tokyo Metropolitan Police Department, Kanehara met a high school girl through a dating app and revealed himself to be a teacher. Kanehara was arrested and charged with committing a lewd act on the same high school girl.

Kanehara’s smartphone had several other indecent videos of him with women, and the Metropolitan Police Department is investigating additional crimes.