On the 21st, 30 deaths were announced in Tokyo, the highest number this year for the new coronavirus. 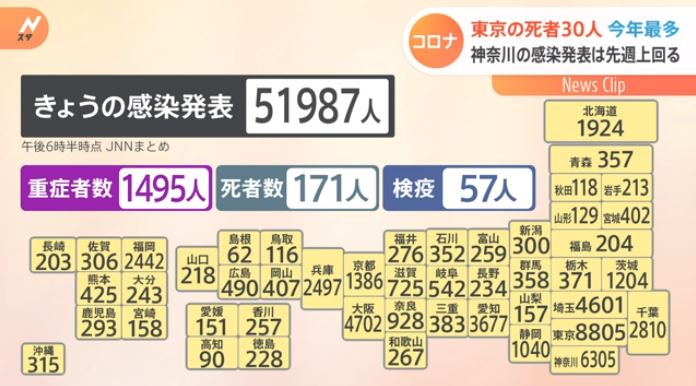 The number of newly infected people announced by the Tokyo Metropolitan Government on February 21 was 8,805, falling below 10,000 for the first time in about a month.

On the other hand, 30 new deaths have been announced, approaching the previous record of 32 deaths per day set in February last year.

The number of seriously infected people who are able to be hospitalized nationwide has increased by 18 from the 20th to 1495. A total of 171 new deaths have been announced.