Stabbing of a junior high school student in Yatomi City, Aichi, Japan; decision to send the assailant to a juvenile reformatory.

AICHI – In the case of the murder of a third-grade boy at a junior high school in Yatomi, Aichi Prefecture, the Nagoya Family Court decided to send the perpetrator, a male student, to a juvenile reformatory. 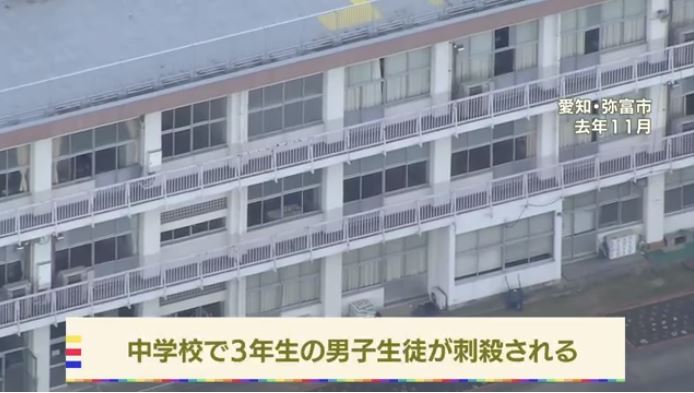 Stabbing of a junior high school student in Yatomi City, Aichi, Japan; decision to send the assailant to a juvenile reformatory. (TBS News)

Last November, a third-year student was stabbed to death with a kitchen knife at a junior high school in Yatomi City, Aichi Prefecture, and a 14-year-old boy in the same grade at the time of the incident was referred to the Nagoya Family Court on charges of murder and other delinquent acts.

The male student told the police that his motive was that he felt “alienated” after other students found him bringing his smartphone on a school trip and he was warned by the school.

At a juvenile hearing held yesterday in Nagoya Family Court, presiding Judge Takashi Goto noted that the perpetrator, a male student, “has autistic spectrum disorder,” a developmental disorder, which significantly affects the process of motive formation.

It then sent the boys to a juvenile reformatory for protective custody, stating that “it cannot necessarily be said to be based on deep delinquency, and that corrective education is appropriate.