Yesterday (27th), 43,365 new cases of the new coronavirus were reported nationwide. This is an increase of approximately 3,700 cases from last Sunday. 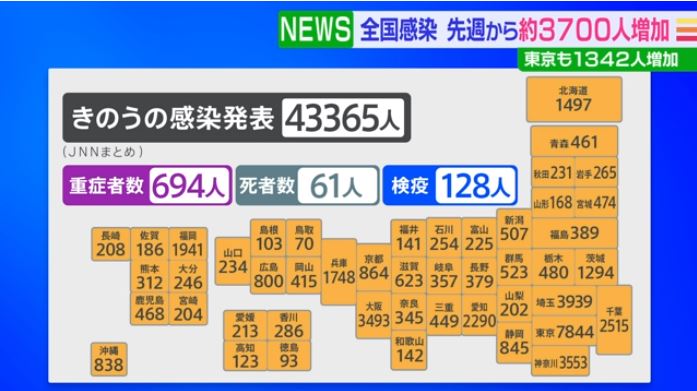 The Tokyo Metropolitan Government announced 7844 new cases yesterday. This is an increase of 1342 cases from last Sunday’s 6502. The average number of tests per day for the last three days is approximately 13,408.

Meanwhile, the number of newly reported cases nationwide is 43,365, up approximately 3,700 from last Sunday. Of those hospitalized nationwide, 694 are considered “seriously ill,” and 61 new deaths have been announced.