Three women seriously injured when a passenger car plowed into a bus stop in Ichikawa, Chiba.

CHIBA – A car plowed into a bus stop in Ichikawa City, Chiba Prefecture, hitting three women who were sitting on a bench waiting for the bus; all three were seriously injured. 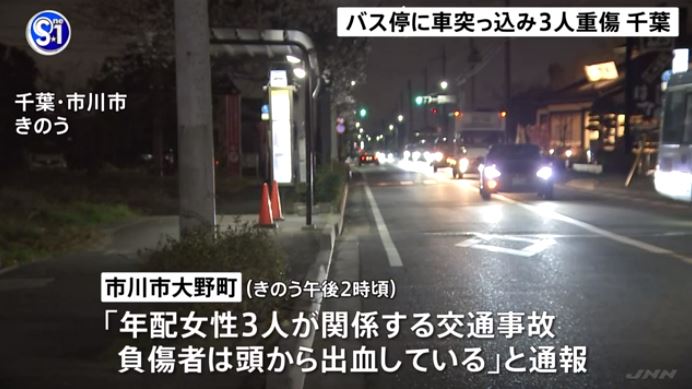 According to the police, a car driving on the sidewalk ran into a bus stop and hit three women who were sitting on a bench waiting for the bus. 3 of them suffered serious injuries, including broken bones in their chest and legs.

There were no signs of braking on the roadway near the scene, and the police have arrested the suspect, Narapareddy Upendra, 50, a self-proclaimed self-employed man driving the car, on suspicion of negligent driving and are investigating the circumstances at the time and the cause of the accident.