CHIBA – A girl under 10 years old died at a children’s specialty hospital in Chiba Prefecture after a tube to secure her airway was accidentally disconnected during her hospitalization. 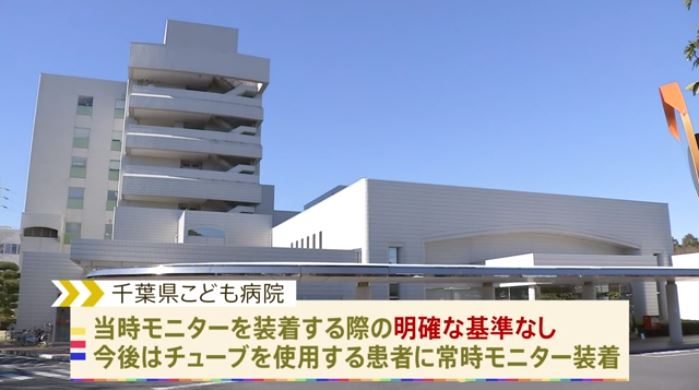 According to Chiba Children’s Hospital, in July 2019, a girl under 10 years old with a history of breathing difficulties died after a tube to secure her airway was accidentally removed during her hospitalization.

On the night of her death, a nurse observed that she was sleeping on her stomach, but he was not wearing a heart rate monitor, which is required when sleeping.

At the time, the hospital did not have clear standards for fitting monitors, and following the accident, the hospital stated that from now on, patients who use tubes will always be fitted with monitors.