NARA – A large trailer overturned on a motorway in Nara Prefecture, and a passenger car driving behind it was pinned under and wrecked. 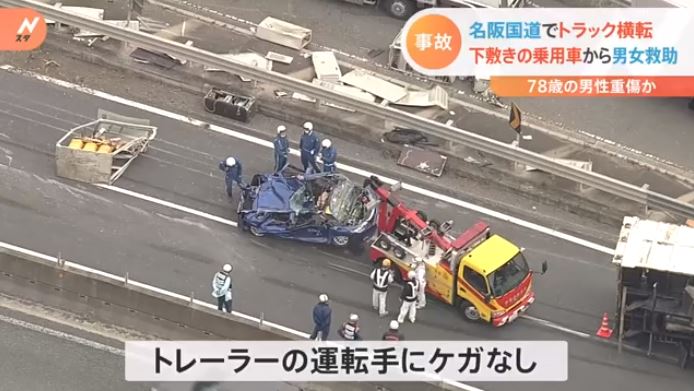 According to the police and fire department, just before 11:30 a.m., a large trailer crashed into the left guardrail and overturned near the Gokatani Interchange on the Meihan National Highway bound for Osaka. A passenger car driving behind the trailer was pinned under the trailer and wrecked.

The elderly man and woman in the passenger car were taken to the hospital, both are conscious, but the 78-year-old man was transported by helicopter and is believed to be seriously injured. The woman escaped on her own and is believed to have sustained minor injuries. The driver of the trailer was not injured.

The police are investigating the details of the accident.