On the 29th, more than 44,000 cases of the new coronavirus were announced nationwide. In Tokyo, for the first time in a month and a half, the seven-day average number of newly infected persons exceeded that of the previous week. 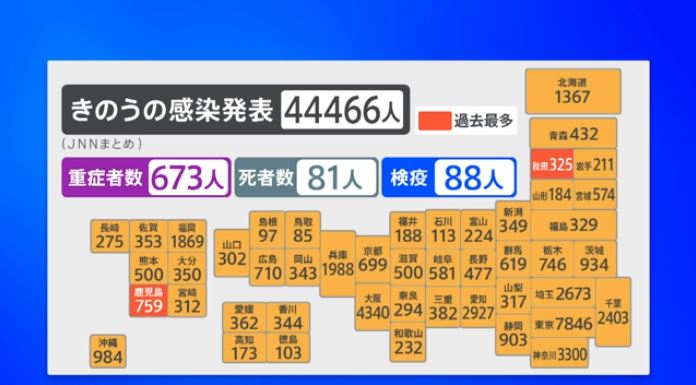 The Tokyo Metropolitan Government announced 7846 new cases of infection on the 29th, the third consecutive day higher than the same day of the previous week.

The average number of newly infected cases over the last seven days was 7,181, 105 percent of the number a week earlier, and the first time since February 11 that the week-over-week rate has exceeded 100 percent.