Male resident of facility for the handicapped dies; staff member arrested on suspicion of injury.

TOKYO – In an incident in which a man who worked at a facility for the disabled in Tokyo assaulted and injured a male resident, the man stated that he hit the resident to make him do what he said. 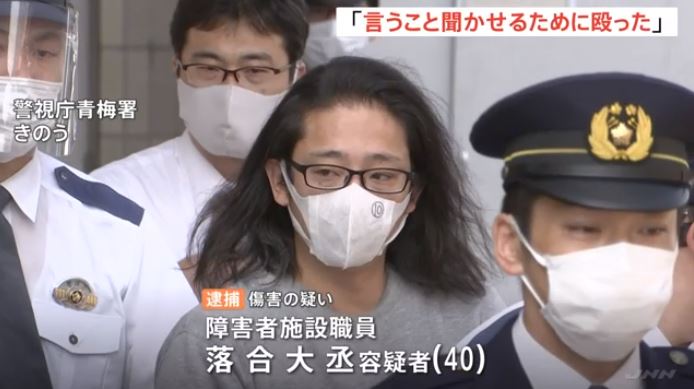 Male resident of facility for the handicapped dies; staff member arrested on suspicion of injury. (JNN)

Daijo Ochiai, 40, an employee of a facility for the disabled in Ome City, was arrested for punching Yutaro Matsui, 30, a resident, multiple times in the face, injuring him on the night of the 28th of this month.

According to the facility, Matsui fell down the stairs by accident after the assault, and went to the bathroom on his own, but fell unconscious and was confirmed dead at the hospital.

When Matsui got into trouble with another resident, Ochiai interceded and assaulted him. In an interview with investigators, we learned that the suspect stated that he hit him to make him do what he said.

On the other hand, he also stated that he did not push him. The Metropolitan Police Department is carefully investigating how Mr. Matsui fell down the stairs.

According to the facility, Ochiai was suspended for three weeks approximately two and a half years ago for assaulting a resident.