Assault on a woman resident of a nursing home; representative of the management company arrested.

CHIBA – A woman, a representative of a non-profit organization that operates a home, was arrested for beating a 94-year-old woman residing in a nursing home in Kujukuri-cho, Chiba Prefecture. 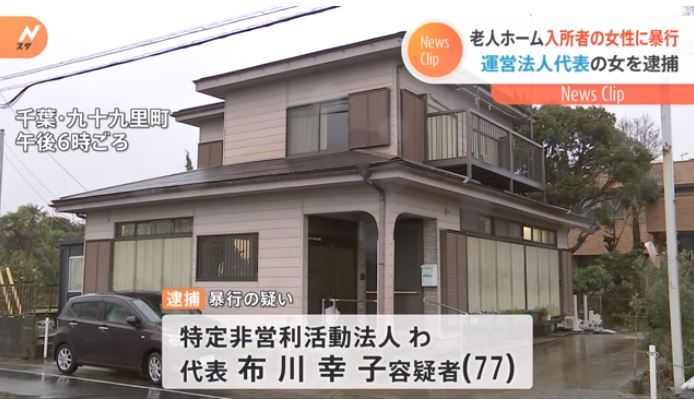 Assault on a woman resident of a nursing home; representative of the management company arrested. (N Star)

Arrested on suspicion of assault was Sachiko Nunokawa, 77, a representative of the nonprofit organization in Kujukuri-cho, Chiba Prefecture.

Nunokawa is suspected of assaulting a 94-year-old woman, a resident at the “nana house,” a private-pay nursing home, by hitting her in the head with a remote control shortly after 9:00 p.m. on March 9.

There was a possibility that assaults had been committed against residents in the facility for some time, and in mid-February of this year, a concerned party consulted the police, who began an investigation and discovered the incident. According to the police, Nunokawa has remained silent.

Police are investigating the details of the situation at the time.