Gasoline prices this week averaged 174.10 yen per liter nationwide, the first increase in three weeks despite a subsidy of up to 25 yen per liter. 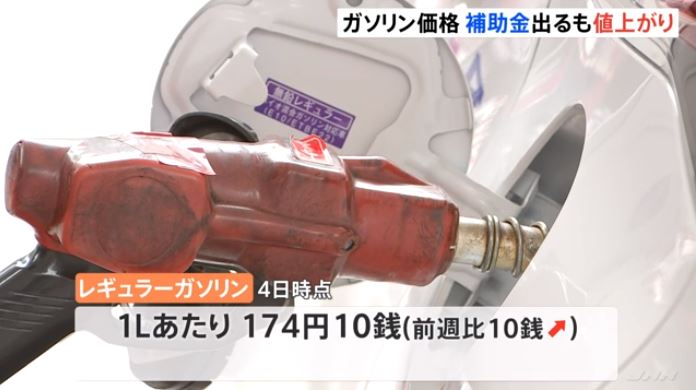 The Agency for Natural Resources and Energy announced that the price of regular gasoline as of the 4th was 174.10 yen per liter, up 10.00 yen from the previous week, the first increase in three weeks.

The U.S. has announced a coordinated release of oil stockpiles, and in China, Shanghai is effectively on lockdown due to the spread of the new corona outbreak, and demand is expected to decline, leading to lower current oil prices.

Gasoline prices are expected to remain mostly unchanged next week.