Fujiko Fujio A., real name Motoo Abiko, a leading Japanese cartoonist known for “Ninja Hattori-kun” and other works, passed away today morning at his home in Kawasaki City at the age of 88. 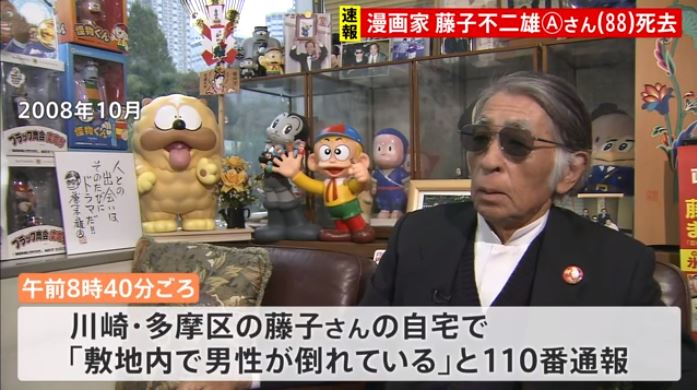 According to the police, at around 8:40 a.m. today, a 110 operator was called from Fujiko’s house in Tama-ku, Kawasaki City, saying that a man had collapsed on the premises.

When police officers arrived at the scene, they found Fujiko collapsed on the premises of his house and confirmed his death on the spot. The police are investigating the circumstances of his death, and according to investigators, there were no significant injuries to his body.

Fujiko was one of Japan’s leading manga artists, producing a wide range of manga genres from children’s manga such as “Ninja Hattori-kun” and “Kaibutsu-kun” to manga that adults can also enjoy such as “Laughs and Smiles”.