OSAKA – A 10-year-old boy drowned in a pond and is in critical condition, unconscious. At around 4:50 p.m., a firefighter reported that a boy was drowning in a pond in Hirakata City, Osaka Prefecture. 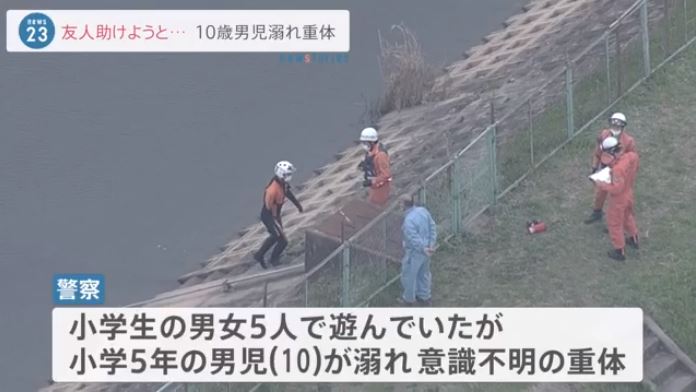 According to the police, five elementary school boys and girls were playing in the pond at the time, and one of them, a 10-year-old boy in the fifth grade, drowned and is unconscious and in critical condition.

Police are investigating the circumstances of the 10-year-old boy’s attempt to save his friend from drowning in the pond.