IBARAKI – Earlier today, a 68-year-old woman was arrested in Naka City, Ibaraki Prefecture, after she turned herself in to police and said she killed her daughter because she was tired of caring for her. 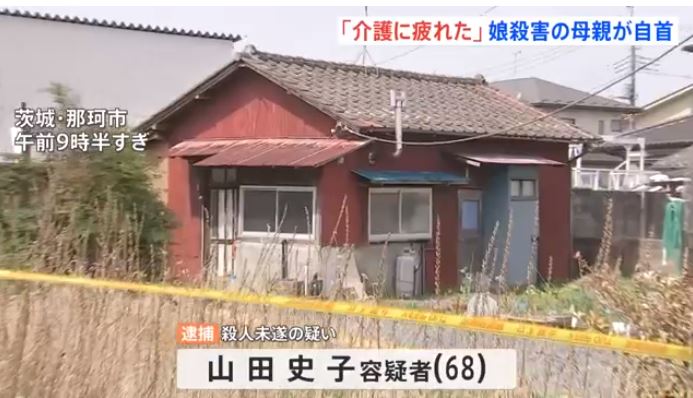 Arrested on suspicion of attempted murder is Fumiko Yamada, 68, who is suspected of covering her daughter Megumi, 46, face with plastic wrap and wrapping a cord around her neck in an attempt to kill her at her home in Naka City earlier today.

According to the police, around 2:00 a.m. today, the suspect Yamada surrendered to the police station, saying that she had killed her daughter.

Megumi was confirmed dead after being transported to the hospital.

Yamada told interrogators that her daughter had been bedridden since April and that she killed her because she was tired of caring for her.