TOKYO – A popular video game YouTube star was arrested for possession of marijuana. 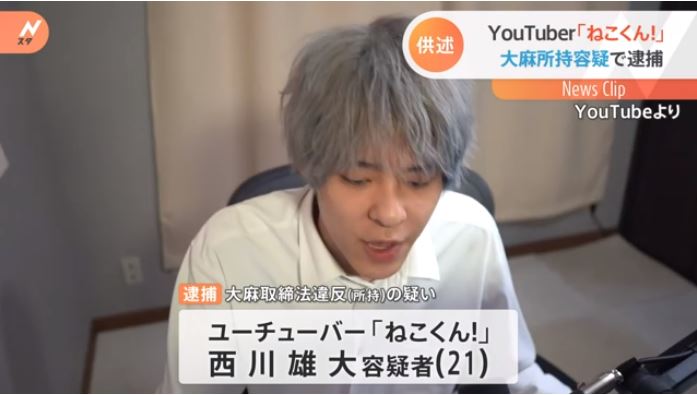 The arrested person was “Neko-kun! The suspect is Yudai Nishikawa, 21, a YouTuber who has attracted 900,000 subscribers under the name of his channel, and delivers live video games.

According to the Metropolitan Police Department, Nishikawa is suspected of possessing approximately 0.5 grams of marijuana in Toshima Ward, Tokyo, on the 18th of last month.

Nishikawa was arrested and charged last month on suspicion of cocaine possession, and marijuana in the form of a cigar was found in a bag he was carrying at the time of his arrest. He admitted to the interrogation that he moved to Tokyo when he was 19 and wanted to be cool, and that he had not smoked recently because it would make him a bad gamer.