Man, found dead and bleeding inside his hospital room at Kochi City, suspect possibly from the same ward!

KOCHI – A man in his 80s was found bleeding from the face and other parts of his body at a hospital in Kochi City earlier today. Police are investigating the death as a murder case and are questioning a man who was hospitalized in the same ward for his involvement in the incident. 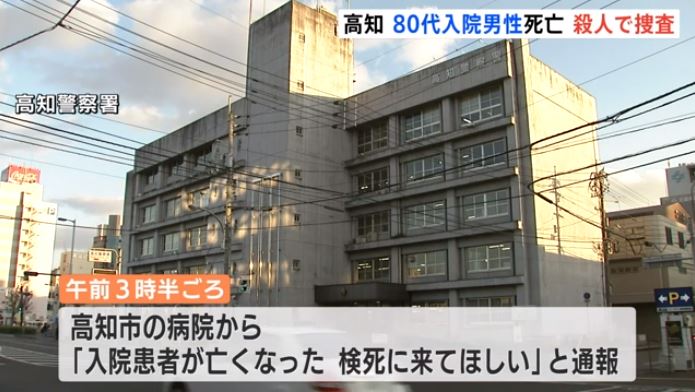 Man, found dead and bleeding inside his hospital room at Kochi City, suspect possibly from the same ward! (TBS News)

At around 3:30 a.m. today, a hospital in Kochi City called the police to report that a patient had died in the hospital and asked for an autopsy. When police arrived at the hospital, they found a man in his 80s who had been hospitalized had bled to death from his face and head.

The man had bruises on his face and head. A man who was hospitalized in the same ward was caught on a security camera going in and out of the hospital room.

Police are questioning the man about his possible involvement in the incident.