SAITAMA – A 34-year-old mother and her 10-month-old baby girl were found collapsed on the premises of a housing complex in Asaka, Saitama Prefecture, and later died. Police are investigating the case as a fall. 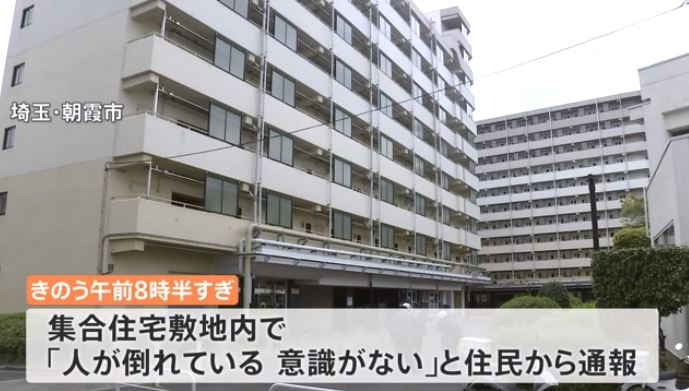 Shortly after 8:30 a.m. on the 17th, “A person collapsed” in the premises of an apartment complex in Asashigaoka, Asaka City. A male resident called 110 and said, “The person is unconscious.

Police arrived to find a 34-year-old mother and her 10-month-old baby girl lying bleeding in a 1.8 meter-wide gap between the buildings, and both were pronounced dead.

According to the police, the mother was not wearing shoes and the baby was wearing underwear and a diaper.

The two were living with their father, who is in his thirties, at the apartment complex, and the police are investigating the circumstances surrounding their fall.