HIROSHIMA – A 5-year-old boy attending preschool was found in a river in Hiroshima City on April 16 and was pronounced dead at the hospital where he was taken. 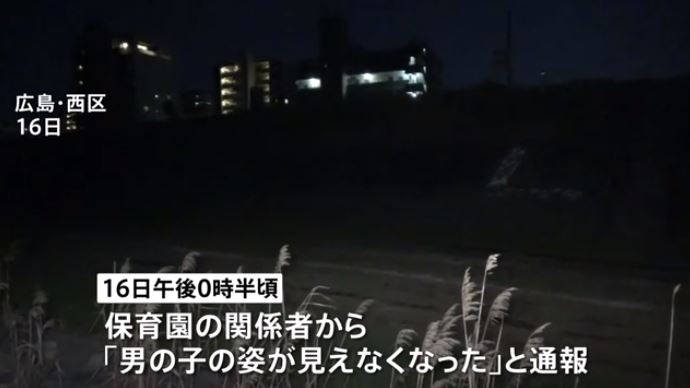 According to the police, at around 12:30 p.m. on April 16, an official at a daycare center in Nishi Ward, Hiroshima City, reported that the boy had disappeared. Approximately two hours later, a person related to the nursery found the boy lying unconscious in a nearby river.

The boy was taken to the hospital, where he was pronounced dead. The water in the river had receded when he was found.

The deceased is a 5-year-old boy living in Nishi Ward, Hiroshima City, and the police are investigating the circumstances.