For the new coronavirus, more than 40,000 new infections were announced on the 19th, roughly 9,000 fewer than last week. 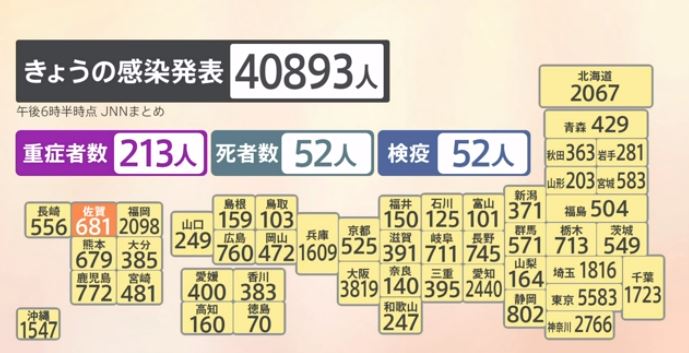 The Tokyo Metropolitan Government announced 5,583 new cases of infection on the 19th, the eighth consecutive day below the same day of the previous week.

The average number of new cases averaged over the last 7 days was 84% of those a week earlier, and by age group, the highest number of infections occurred among those under 10 years old and in their 30s.

The total number of announced infections nationwide is 40,893, about 9,000 fewer than on April 12. The number of cases in Saga Prefecture has reached a record high.

The number of infected people hospitalized nationwide who are considered “seriously ill” is 213, and 52 new deaths have been announced.