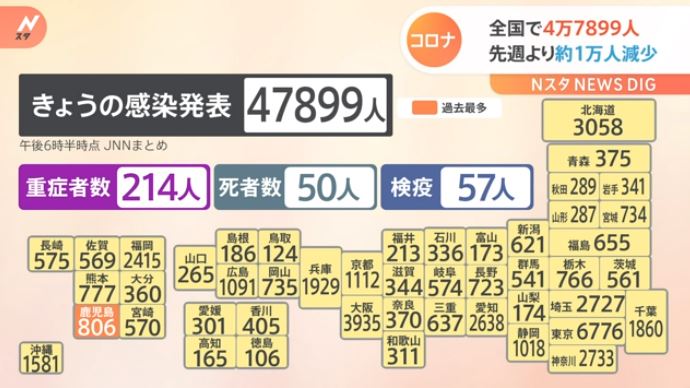 The Tokyo Metropolitan Government announced 6,776 new cases of infection on April 20, the ninth consecutive day below the same day of the previous week.

By age group, those under 10 years of age are the most frequently infected, and the average number of new cases over the last seven days is approximately 82% of those a week ago. The total number of announced infections nationwide is 47,899, approximately 10,000 fewer than last Wednesday.

Meanwhile, Kagoshima Prefecture has seen a record number of cases, with 214 people considered “seriously ill” among those hospitalized nationwide, and 50 new deaths have been announced.