Crimes related to a man riding a motorbike who snatches bags from target in Kanagawa, increasing!

KANAGAWA – There have been a series of snatch-and-grab incidents in Kanagawa Prefecture last week and this week by persons on scooters. 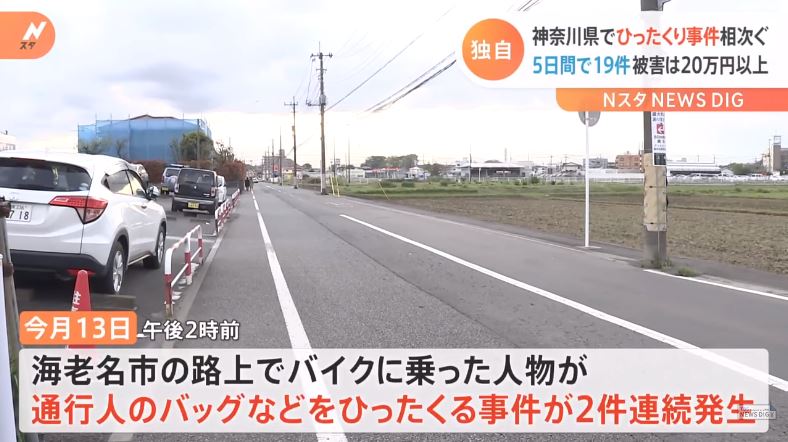 Crimes related to a man riding a motorbike who snatches bags from target in Kanagawa, increasing! (TBS News)

According to the police, two incidents in a row occurred before 2:00 p.m. on April 13, when a person on a motorcycle snatched a passerby’s bag and other items on a street in Ebina City.

According to investigators, the next morning, there were two consecutive incidents in which a person on a motorcycle snatched a bag from the front basket of a bicycle on a street in Yamato City.

In Kanagawa Prefecture, there were 19 similar cases of purse-snatching over a five-day period from the 13th to the day before yesterday (17th), and the total amount of cash damage exceeded 200,000 yen.

Police are investigating what they believe to be a series of thefts by the same person on a scooter.