The wave of price hikes is now hitting canned beer as well. This is the first price increase in 14 years and 7 months. 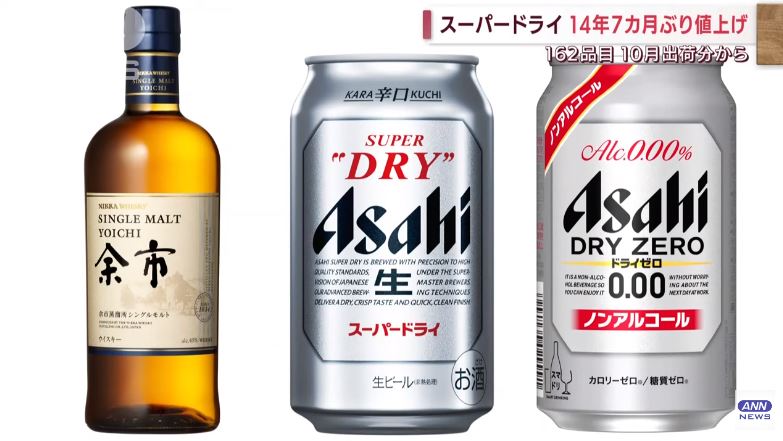 Asahi Breweries has announced that it will raise the prices of a total of 162 products, including its mainstay beers such as Super Dry and Clear Asahi, canned chuhai, non-alcoholic beverages, and domestically produced whiskey, beginning with shipments on October 1.

We also plan to expand our production facilities in response to the expansion of the domestic whiskey market.