SAPPORO – A police lieutenant driving a patrol car was arrested on suspicion of hitting and killing a pedestrian in Shiroishi Ward, Sapporo, on the night of May 1. 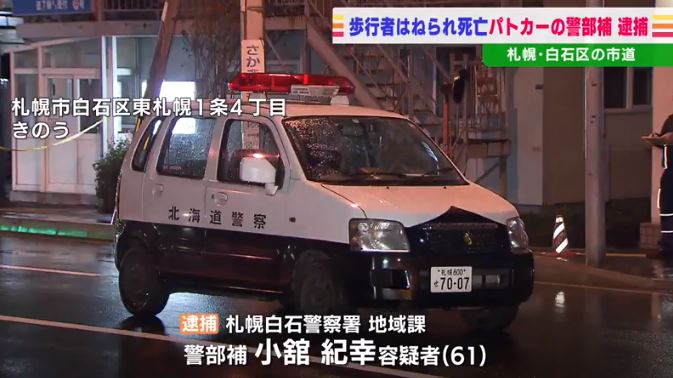 Noriyuki Kodate, an assistant inspector of the Sapporo Shiroishi Police Department’s Community Affairs Division, was caught red-handed on suspicion of striking and killing a male pedestrian on a city street in Sapporo’s Shiroishi Ward shortly after 8 p.m. on May 1.

Lieutenant Kodate was on his way to the scene when he received a 110 call about a noise problem.

In addition, the scene of the accident was a straight two-lane road in one direction, and it was raining lightly, and Lieutenant Kodate said that he did not look ahead carefully.