AICHI – A 19-year-old man who had come to a barbecue with his high school classmates drowned and died in the Yahagi River in Toyota City, Aichi Prefecture. 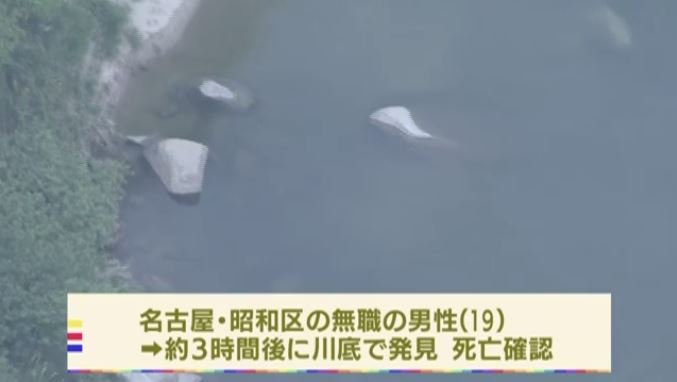 A little after 2:30 p.m. on the 5th, a 110 caller reported that his friend had drowned in the Yahagi River in Toyota City, Aichi Prefecture.

According to the police, the drowned victim, a 19-year-old unemployed man from Showa Ward, Nagoya City, was found unconscious at the bottom of the river approximately three hours later, but was confirmed dead. The man had come to a barbecue with his high school classmates.

The group consisted of five men and five women, three of whom were male, who were playing in the Yahagi River. A sign was placed near the scene warning people not to swim because the current could be fast.