Self-defense officer from Aichi Prefecture arrested for domestic violence injury to his daughter at Miyazaki Prefecture.

MIYAZAKI – A self-defense official from Aichi Prefecture was arrested on May 8 on suspicion of inflicting injury on his teenage daughter living in Miyazaki Prefecture this past April. 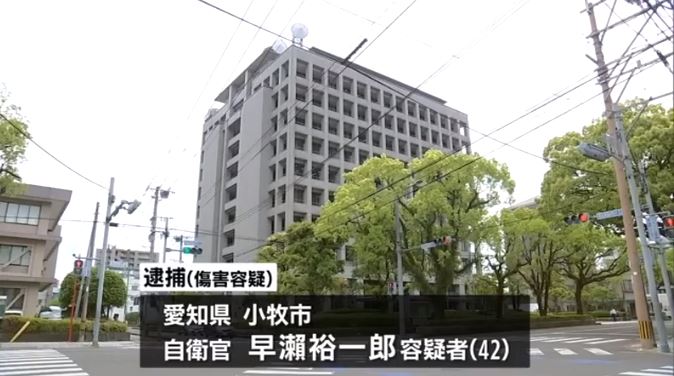 According to police investigations, Hayase is suspected of grabbing a teenage daughter by the hair, kicking her hand, and otherwise assaulting her, breaking the index finger of her right hand at the home of a family living in the prefecture on April 29.

The incident was discovered after Hayase’s wife consulted the police.

The police received another report of an assault by Hayase last November, and they are investigating the case, as well as other charges.