Government to ease border control measures against coronavirus to “20,000 persons per day” within the next month, and to simplify the inspection system.

We have learned that the government is adjusting its waterfront measures for the new corona by expanding the daily limit for the number of people entering the country to 20,000 by the end of next month. 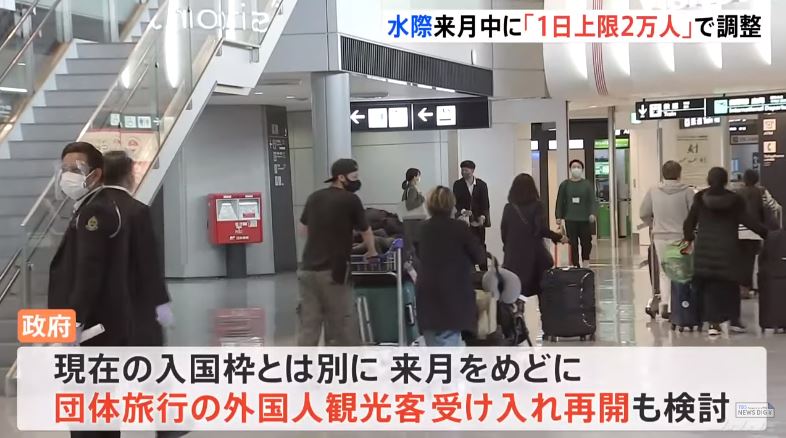 Government to ease border control measures against coronavirus to “20,000 persons per day” within the next month, and to simplify the inspection system. (TBS News)

According to government officials, the government is working to increase the current cap of 10,000 daily arrivals to 20,000 by the end of next month.

The government is also considering the resumption of foreign tourists for group tours by next month, in addition to the 20,000 people.

In relaxing the inspection system, there are several proposals under consideration, including: – Only inspections at the time of departure from the partner country; and – Exempting those who have received three doses of the vaccine from inspection at the time of entry.

The government is expected to make a final decision on the timing and scale of mitigation this month after assessing the infection situation after the major holidays.